April 09, 2009
Last year, there was a very long demonstration by the anti-Thaksin mob, wearing "Yellow" as their symbol of loyalty to the King.

At 4pm, there was news from a close friend who is in Bangkok, telling me to watch the ThaiPBS.

There's also news of it from the internet.

I'm not in Bangkok at the moment, but I do remember the pain of the traffic jam there, now if the Red Shirt are closing the main roads... God knows, you'll be stuck there till the Red Shirt opens the road.

There's a few pictures of the Thaksin lover, all taken from various of source. 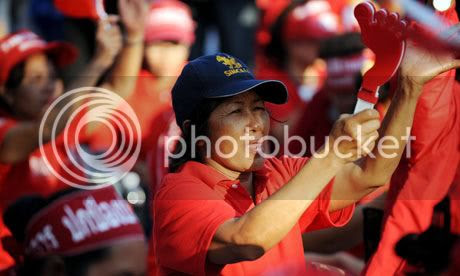 Whether it's Thaksin's loyalist. 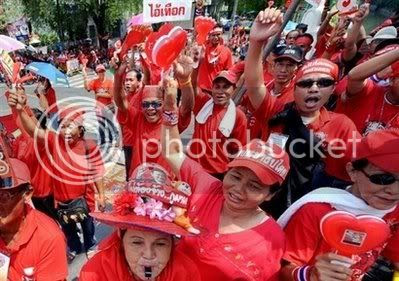 And they arent few in numbers. 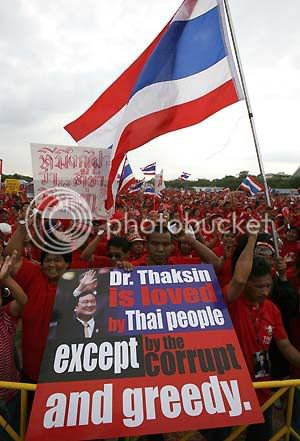 They sincerely loves him..

I'm an investor, and I opposes all kind of street politics.
This demonstration really is of no benefit to the country.
The country's image was gone ever since PAD closes the airport, and with the help of the Red Shirt, it wont be long before Thailand's GDP is down to 4% this year.

The Red Shirt is rumored to get a payment of 2000 per head, while the Red Shirt leader are receiving a 500m baht as a budget from our ex Prime Minister Thaksin Shinawatra. 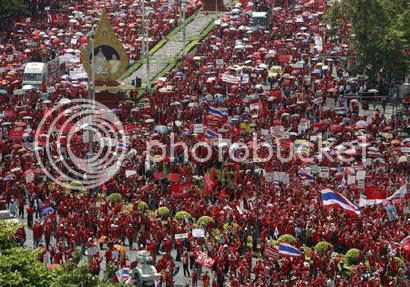 I cant express how I feel when I see this, it's as if they have completely sealed Thailand's fate away in a black hole, and it'll never improve.

From these pictures alone, we know that the Red Shirt far outnumbered the PAD or "Yellow Shirt", would this mean that the Thai prefers Thaksin than the Democrats? 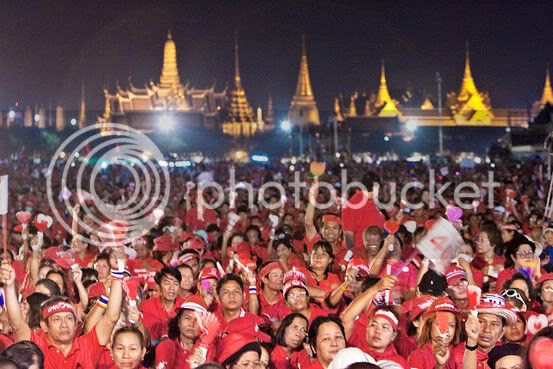 The news that were released at first was that, there were about 170,000 citizens mobbing Bangkok, another source had mentioned about 240,000 citizens.

Regardless, this is similar to what the PAD were doing when they were closing the airport.

The Government office tomorrow are officially closed, and this is announced only for the Bangkok citizens.
Thailand Politic

Anonymous said…
Those Red Shirts aren't the whole Thais but they are bunch of greedy hypocrites and deceived Thais. If they are at the right mind,it we wouldn't be in this big mess.