Showing posts from July, 2007
Show all

Drive safely, even if you're in Ferrari

According to the news, police and soldiers has been capturing the terrorists in Southern Region every week. RKK seems to be close to destruction due to this. If this continue, peace will be back to the Southern Thailand. Thanks whoever is working to solve the problem !


I wonder if anyone saw this already..

Massive destruction, this thing sure runs at awesome speed before it crashes.

Was the driver drunk ?
I dont think anyone could have survived this.

The incident probably happened at night. Lucky there are no other cars in the area.


Please be careful when you're using the road. Remember of your loved one and the people who cares for you, as well as other drivers and passer by.
1 comment
Read more 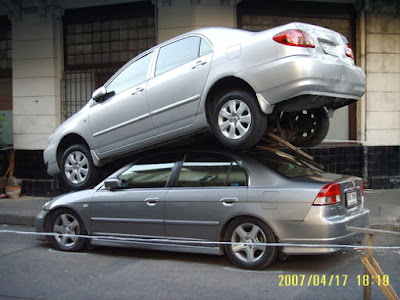 This seriously happened in Rice Road (some calls it Grain Road), Thailand's China Town in Bangkok.

I myself was surprised and wants to know whether these are some kind of shot for filming or not.

The 1st pic make it looks like a filming studio.

Have you ever been to Bangkok ?

Not really a good day, the whole stock exchange markets drops after Dow Jones fell. SET, being one of them and I'm pretty sure some people are bankrupt by now. I feel lucky as my accessible port wasnt ready yet, or I would have lost thousands as well.


I've been in Bangkok for nearly 2 years, but I wasnt able to see Bangkok like this.
If you're interested to know about Bangkok, go here.
My boss's wife had sent me an email containing pictures of Bangkok and they look very nice. I hope you like them as well.


Not sure where this is, might be around Central, been 4 years ever since I left Bangkok for Had Yai.


Again, I really have no idea where thsi is, kinda looks like a sky train for some reason, but with the flashy lights, this doesnt look like Bangkok at all.

Though I've never been there, this is the Suwanaboom airport for sure, Thailand's pride and joy. (No mentioning about corruptions please)

I'm not a big fan of blouse, skirts or mini skirts Gothic for some reason but this obviously looks great !

(Ladies) - (All are in approximate size)

Back after 2 months of problem. 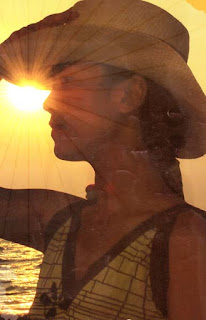 Finally back after 2 months without internet.
It feels wierd to be back to internet, I dont think I will have problem without internet if I'm with my sisters and family though.

Graphic looks broken and there are lines here and there. Followed with complete black whenever I switched on the CPU after that.

Took the CPU to repair and they changed the warrantied Mainboard.
Time taken to change the mainboard : 7 days.

After taking it back home, another problem happened, the screen was still acting up and graphic's broken.
At first I thought it was my Samsung LCD's Monitor that was acting up so I took it to the Samsung HQ as there's warranty. But then when I took it home after a month of waiting, the same problem still occurs.
Time taken to Fix the Monitor : 30 days.

I thought there was some problem with it, so I took the Monitor together with my CPU with it.
Luckily, I told them to check for the graphic card and they found the problem.

Been waiting for a month, and I called them 2 da…
Post a Comment
Read more
More posts