Showing posts from August, 2007
Show all

August 29, 2007
I had trouble entering blogspot so I couldnt do this earlier, I wonder why I had trouble entering some sites. Ever since the coup, government had been blocking Thai citizens from recieving anti-government news, preventing Thai citizens from entering some websites, including youtube . My head isnt working right now and mostly everyone I know either isnt fluent in English, doesnt tag, or already done with the tag so I 'll just post 3 instead of 5 . Now time to do what I had to do : 'The one with a lovely hair' tagged me. Are you a blogger? Are you ready for something BIG!!! Let’s celebrate the third blog day on August 31. What is BlogDay? BlogDay was created with the belief that bloggers should have one day dedicated to getting to know other bloggers from other countries and areas of interest. On that day Bloggers will recommend other blogs to their blog visitors. With the goal in mind, on this day every blogger will post a recommendation of 5 new blogs. This way,
Post a Comment
Read more

07, Aug 25 - Passage to Had Yai, the biggest Southern Fashion Show of Thailand 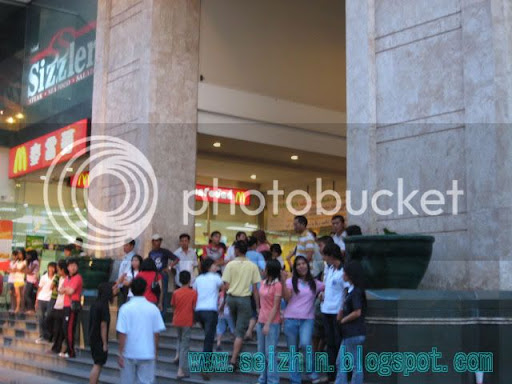 Was busy thus why I dont have the time to upload these pics. I ended up taking about 200+ pictures and just choosing which is good enough to post and which isnt already gets me frustated. Wasnt any ceremony this time, I arrived at around 6pm, and the event started at around 7pm. Wasnt in a hurry so I had the time to go around looking at all of the preparations. Where I was supposed to sit... Wait a sec, who stole my seat this time ? ( Hint : He's posing .) The event started at around 7pm, after the preparation for the stages are set. I dont wonder why there's so many audance considering there are over 80 models here tonight. Our 2 opening DJ, from Virgin Hits FM Radio (They claimed to be have the most audiance in Bangkok). Could get close to them when they are interviewing our 5 VIPs. At 8pm, after a long introduction about what the purpose of the event is for, the same announcer, our lovely Ke Jullada appeared and announces the schedule for our ev
Post a Comment
Read more 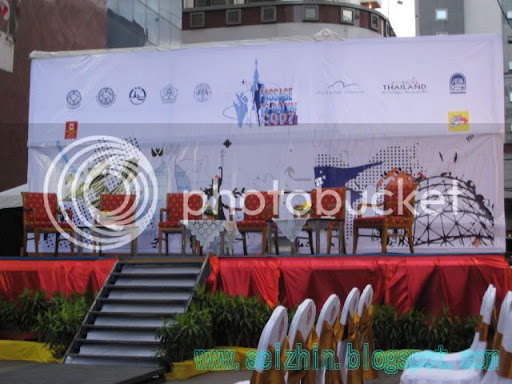 Following the invintation from the authority, I went to the location after work. It was as expected, a lot of reporters and important people had gathered in the middle of the busiest, tourist spot, Lee Garden. A stage was set in the area, together with several armed polices and military soldiers. After going through the normal boring formal ceremony, our seats were arranged, followed with some drinks and foods. That's where I sat, in the first row. Together with other reporters from TV channels and newspapers. The event started late, about half an hour later than the schedule. The VIPs are introduced on the stage, together with a short introductions and the purpose of setting " Passage to Had Yai. " and other various of Had Yai events including the 10-50% Had Yai Grand Sale . (Malaysia and Indonesian's flag,where's Singapore's one ?) (She's the first model.1st Round) And the real event started at around 7pm, all reporters are
Post a Comment
Read more
More posts