Showing posts from June, 2014
Show all

June 05, 2014
"Dear Herald Press, I think you should redo this article: http://www.pressherald.com/.../barney-frank-its-time-to.../ Mr. Barney Frank has entirely no idea what is going on in Thailand. The coup was what 70-80% of Thai citizen happy about. We faces half a year traffic jam in Bangkok due to anti-government protest. We faces another government supporter protest killing innocent citizens who disagree with what the government do. We faces corruption, making the Kingdom poorer, and we faces economical disturbance and dominance due to corruption. The coup stopped all of this, put halt to all kind of protest. Most of Thais ARE happy with the coup, even those who were neutral and have nothing to do with politics. Why? The protest are making things bad, the coup bring peace to us. We trust the coup will return freedom of election to us soon, after they "cleaned" all the mess both sides made, so please, stop giving false information or fake accusation. Mr. Barney Frank
Post a Comment
Read more

Peter Hartcher knows nothing about Thailand and democracy.

June 04, 2014
I recently rad an article written by Peter Hartcher, an Australian journalist. http://www.smh.com.au/comment/game-over-for-democracy-in-thailand-20140526-zrord.html As an expat here for 10 years, I say that this is bullshit. "Since 2001, the people have chosen their rulers decisively. In six consecutive elections, they have voted for the party of Thaksin Shinawatra or his allies." Didnt Hartcher know that election result does not absolutely reflect what majority wants? It's been so well known that the election in Thailand is full of fraud. Some areas extra voters exist, dead people's name was authorized to vote. Other areas, the voters name was deleted. In most areas, where senators made speech, money are given to those who came. There are so many other biased opinion which Peter Hartcher expresses, such as Yingluck's corruption. Under Yingluck's government, she bought rice for more than what market price was, and had set up a few scheme to have her a
Post a Comment
Read more

Thailand is Normal after the coup! 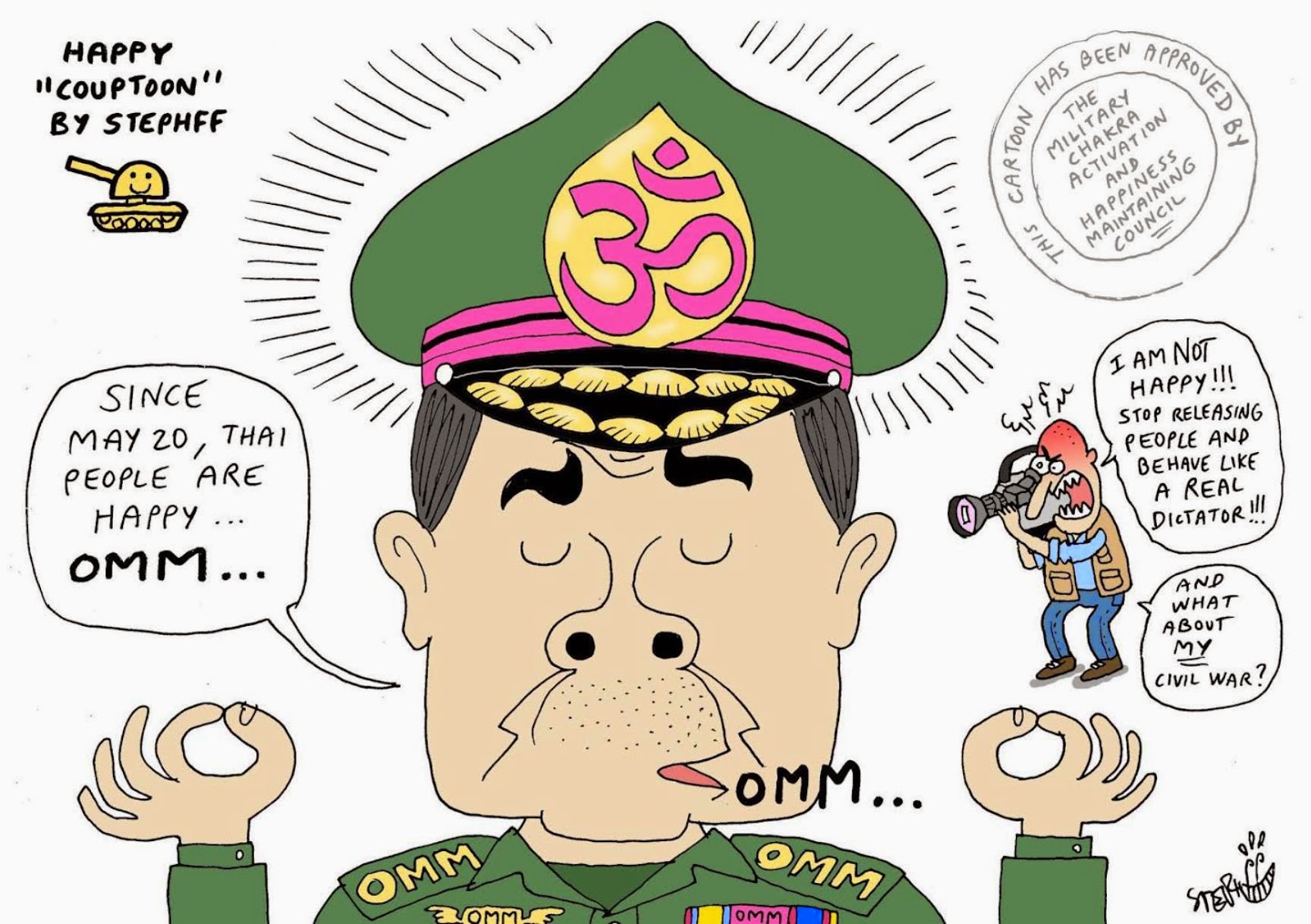 I dont understand what the hell is wrong with America, and a few other countries. Thailand isnt a communist country, nor is the coup a dictator. We, either people living in Thailand or expats here are living damn well. We can still go out for supper, fresh milk, or porridge at 11pm, nothing is so damn wrong. Yes, and this is all under curfew. We can still take photos with the soldiers, and some even protest beside the soldiers. I rad CNN, I rad BBC, I rad FoxNews, it's so damn hypocrite. Who the hell are paying you? Is it really better to spread fakes news around the world than the real news? Most people are supporting the coup, only a few opposes it, and the media made such a large fuss about it!
Post a Comment
Read more
More posts