Some things does not bode well.


Back to the main subject.

I recieved several mails regarding the 1-2 GO incident in Had Yai.

A friend who was at the incident, had sent me these pictures (Actually more, there's too much.)


Whatever you do, I warn you that some of you wont like what you're seeing, so please turn back if you arent used to gore stuff.

Please respect and wish them the best.


Rescue time was around 5pm, and the sun's still there, the first rescue team works for 6 hours to clean the area as the airport was closed due to the accident and no other planes can take off/land to the run way.

What happened was, the pilot somehow tried to do a "force landing" when the condition wasnt good and the wind was blowing furiously.

As then, the plane lost control and he couldnt change the direction of where the plane was heading, thus... the plane which already landed but still moving crashed onto the nearby hill.


Rescue teams, firemen and polices, a total of 4 divisions, on the first 6 hours arrived to help whoever is alive. Volunteers or not, all are needed. 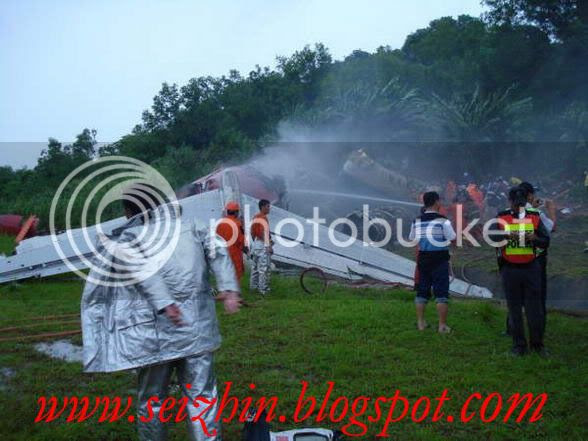 Upon reaching the crashing spot. 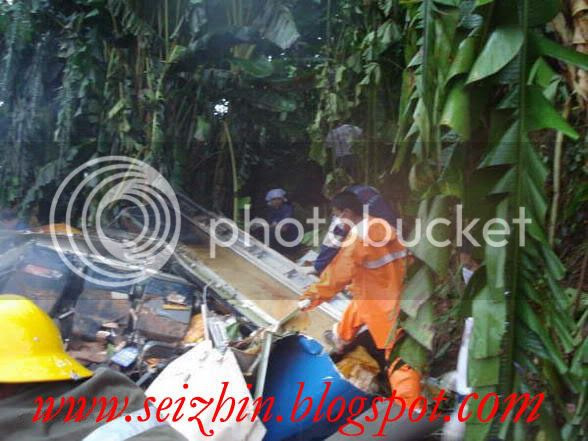 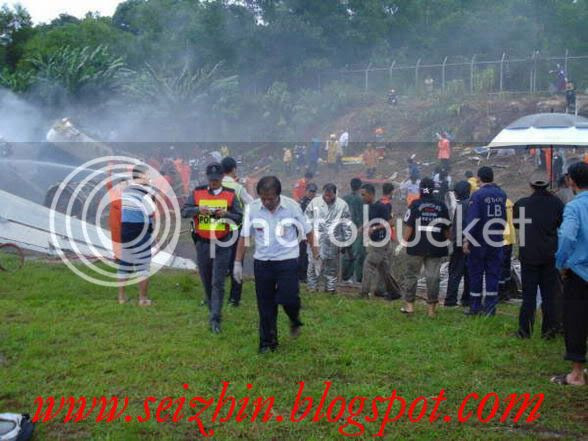 Police interrogated the area, together with other rescue teams. 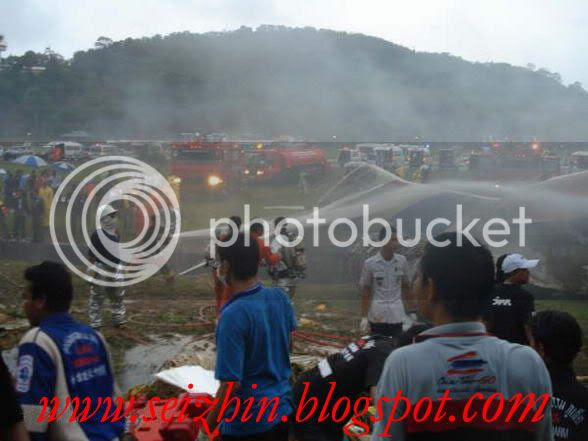 Firemen's effort to calm the fire down. 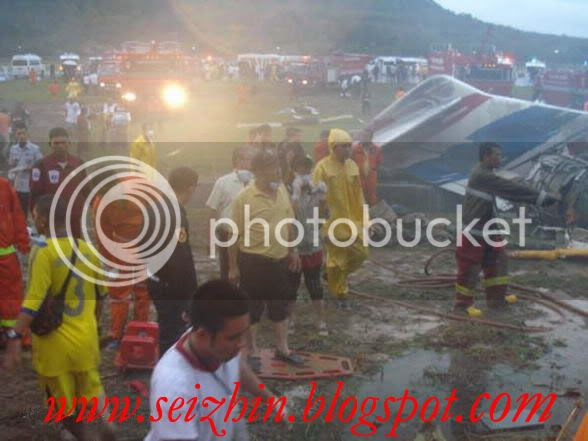 All other teams are either cleaning the mess or helping the survivals. 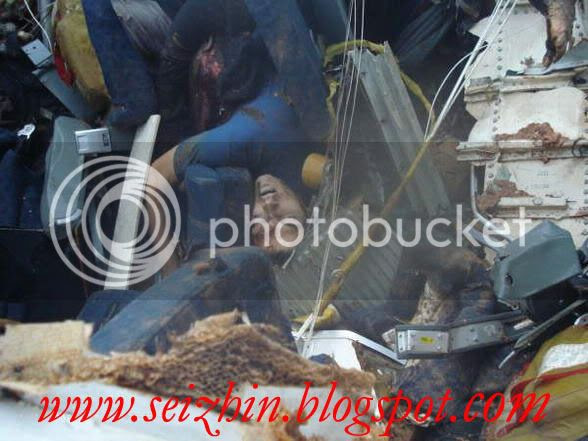 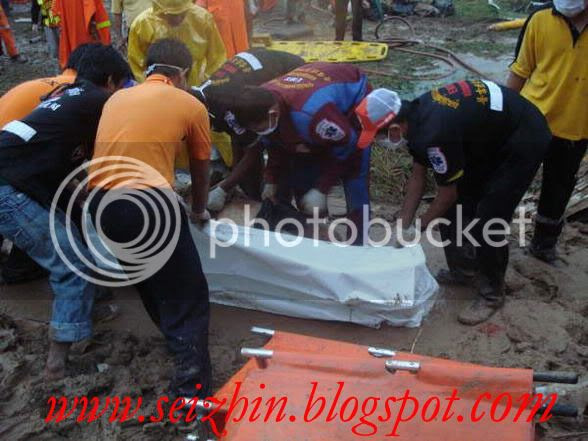 Doing what they can to escort them to their families, even if they're gone. 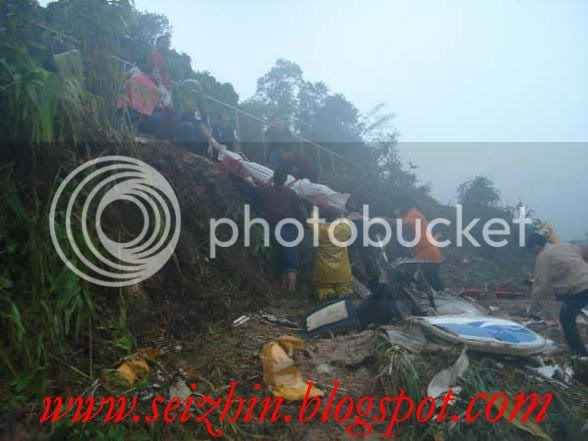 No time to worry about division, everyone held hands to help survivors and the fallen. 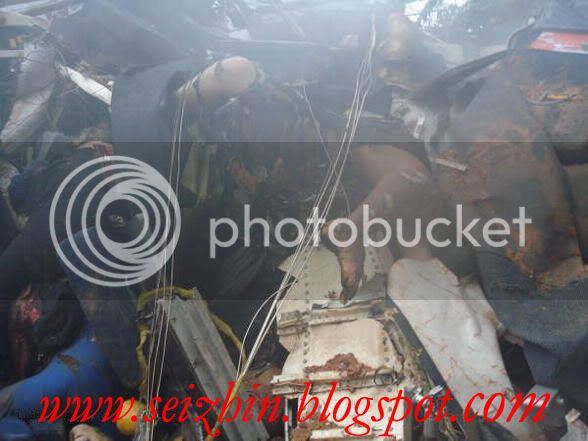 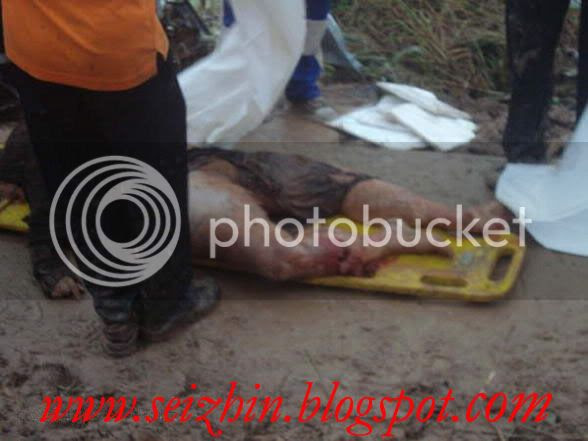 Checking on the victim. 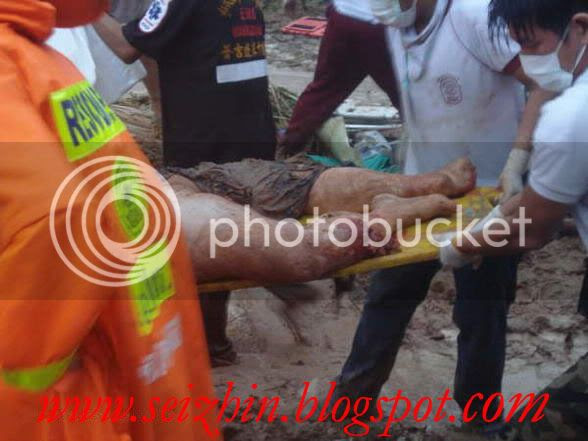 Had to, after the analyzing is done. 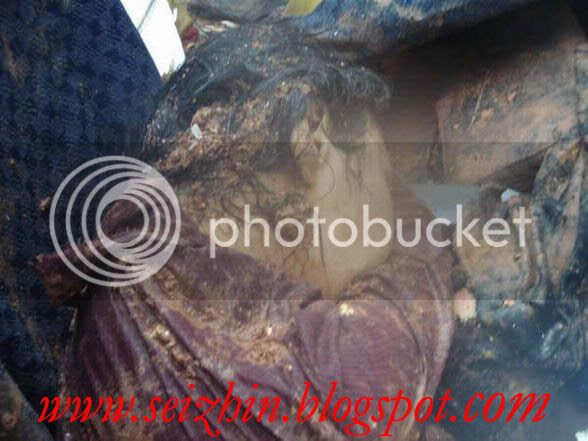 One of the unfortunate victim. 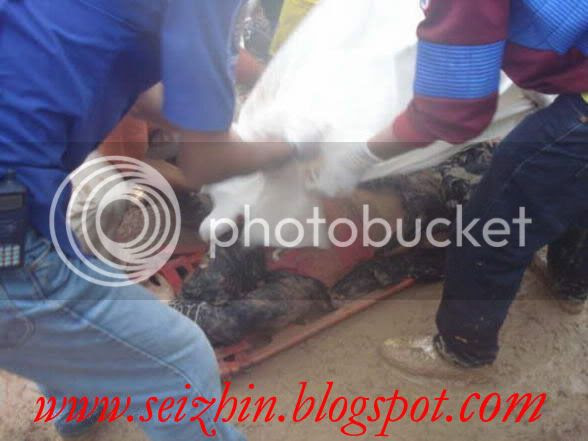 Been hours, yet no one is exhausted. 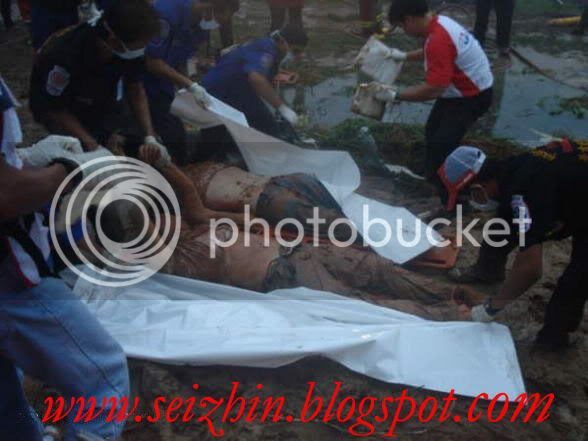 Everyone had to shift their bodies as quick as possible before they rot, and before the sun set. 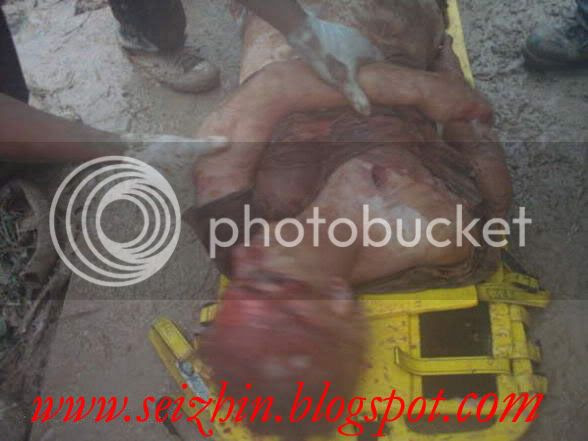 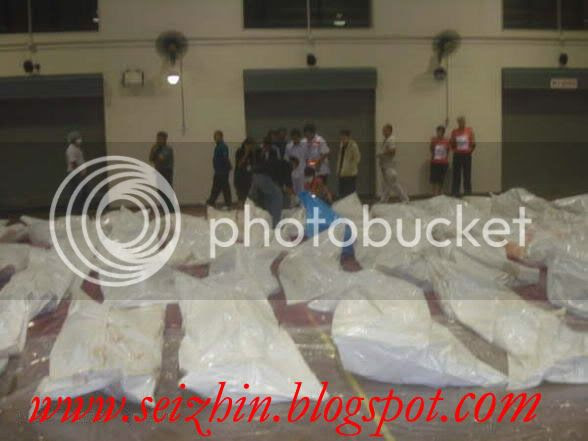 It was around 9pm so far, something like 4 hours of working. 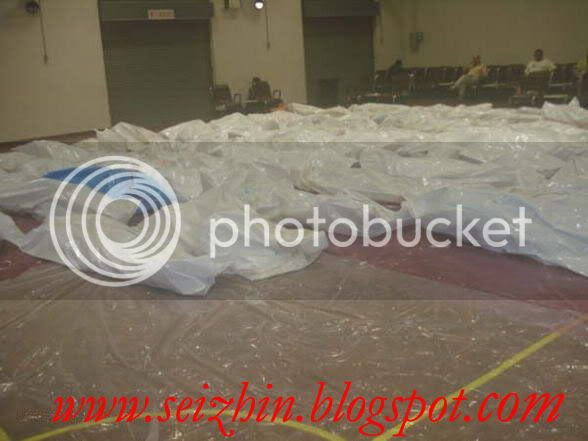 There was several problems including how the teams couldnt bring these to the freezing rooms. They need to wait for the dead's relative to come. 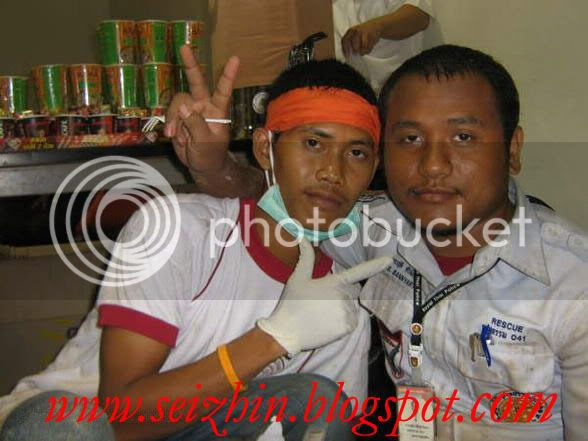 
9pm was the end of the first team's shift, however, most of the units continues to work till dawn in order to allow the dead to rest in peace and to restore the Phuket Airport's stability as soon as possible.


There's like 30+ pictures that I've clipped but since I dont really have time to post them all, I think these will do.

Personally, I'm proud about this.

The accident, indeed happened in Thailand, but the spirit and support of the Thais are indeed very very impressive to me.


To everyone else, you may have seen a lot of Red Cross Society members, but little did we care about them. These people are usually volunteers who works day and night without pays in order to assure whoever's relative are back to their family's hand other than helping the citizens in various problems.

Maybe, living in prosperities and gold arent what we need after all.
Sincererity and kindness is what's important.

Special thanks to Chalembong Pattanawanit and I sincerely expresses my gratitude to everyone who helped in the rescue, as well as a sorry to the unfortunate victims and relatives.
Please be well and take care.

Anonymous said…
It was scary and sad. I feel sorry for the victims families. May they find the strength to move on. God be with them!!
October 6, 2007 at 1:43 PM

Chris Cooley said…
Hello, i was on that plane and was looking to see the other photographs you mentioned in the blog. I was in seat 6a and my friend who was in 6b died in the crash. Were you part of the rescue? Please get back to me at ccooley72@hotmail.com
Thanks, Chris.
March 2, 2009 at 7:24 AM