November 27, 2007
Alas, the Roy Krakthong Festival is finally here.
I was really looking forward to the festival.

There was several area in Had Yai where the festival is held, but for mine, I decided to go to the Prince of Songkhla University which is filled with University students who were celebrating the festival.

I went to the area with my Mom after my work.
I thought the events are already over as.. 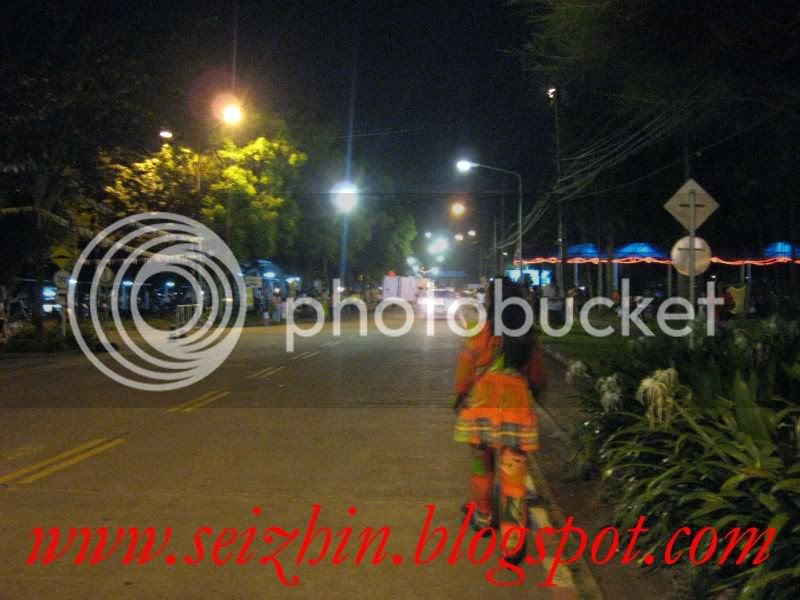 There were a lot of people walking to the exit, and obviously they're part of the festival as... 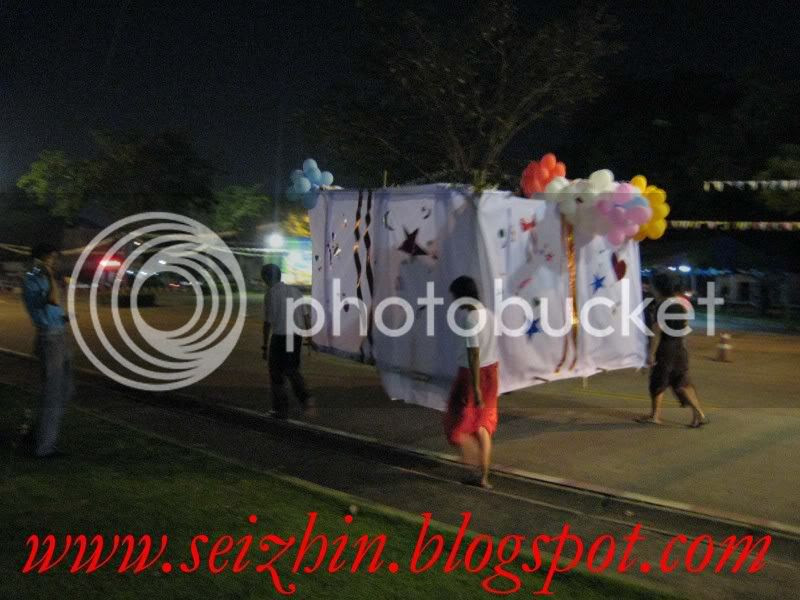 They were carrying their 'decoration' out. 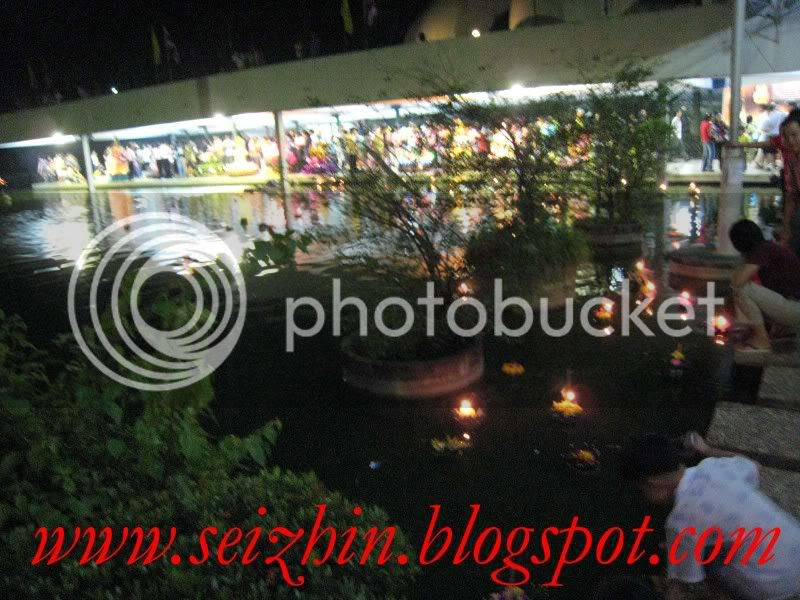 When we reached the 'float' area, we felt lucky as the Roy Krakthong area is still filled with people, it seems that we arrived at the right time. 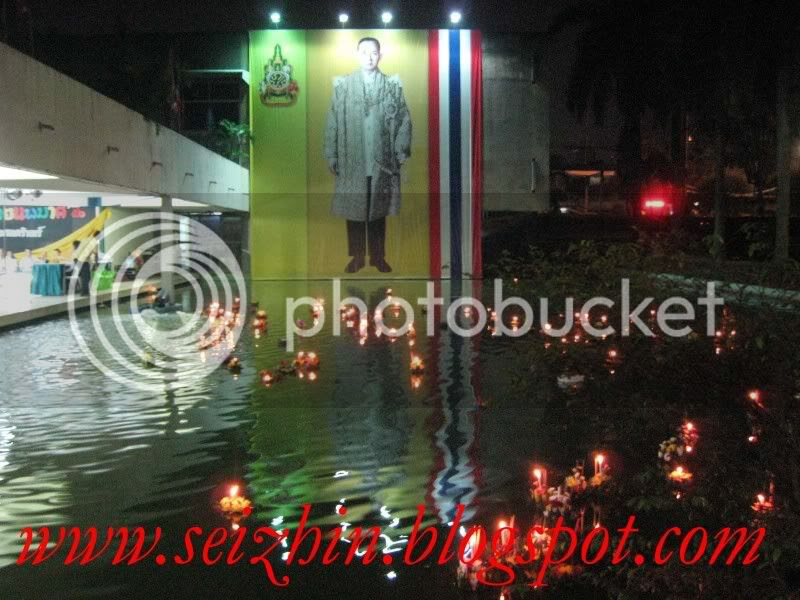 The picture of King Bhumiphol, with a lot of Krakthongs in the pool.

There was a sturdy and classical stone bridge, linking the road to the building, and those pictures are what you can see from left and right.


The hall's filled with people, as well as several other interesting things. One of them would include these Krakthongs that won the University's prize.

These are the winners for Public Krakthongs. 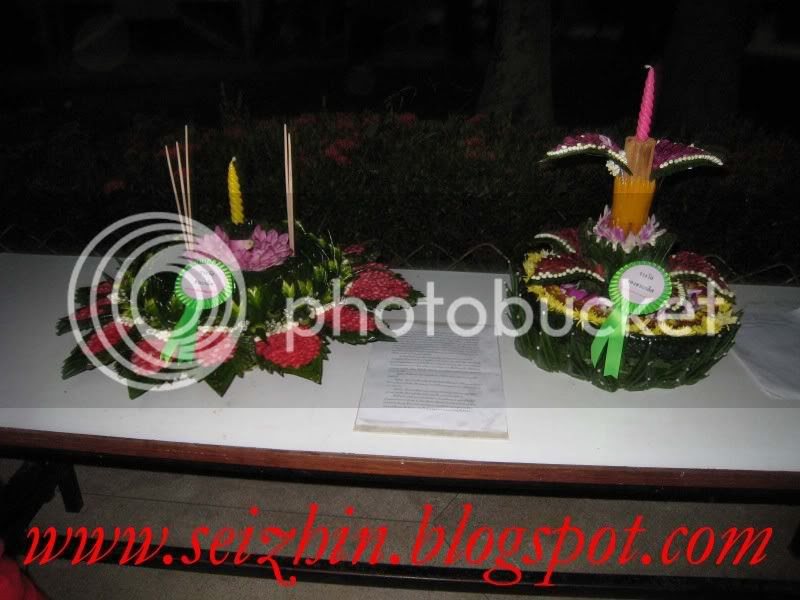 Winner on the left, and the runner-up is on the right. 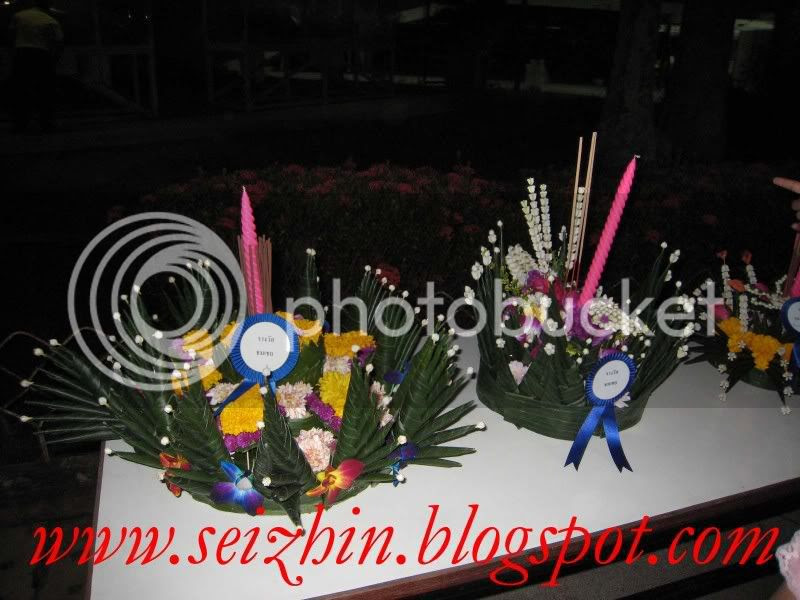 These are the Krakthong that won the consolation prize.

A lot of people were walking and watching the Krakthongs, but..
They were nothing compared to these Krakthongs who were made by the University Students for their project. 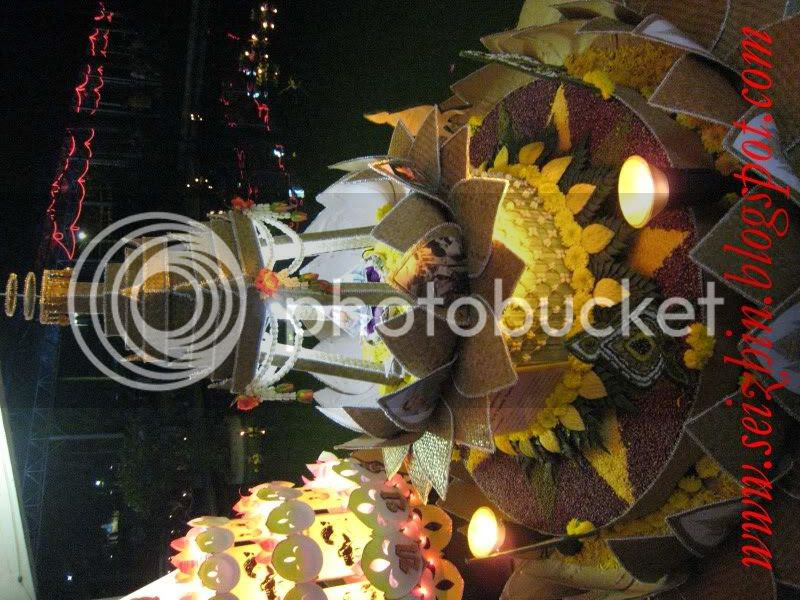 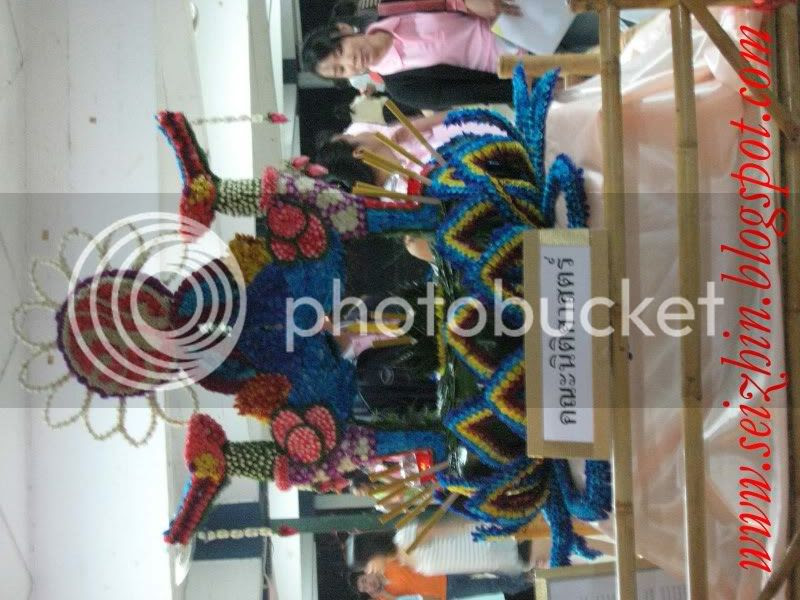 There were about 8 of them, but I couldnt take a picture of all of them because it's too crowded.
There was one Krakthong that I really liked, and it was my favourite. 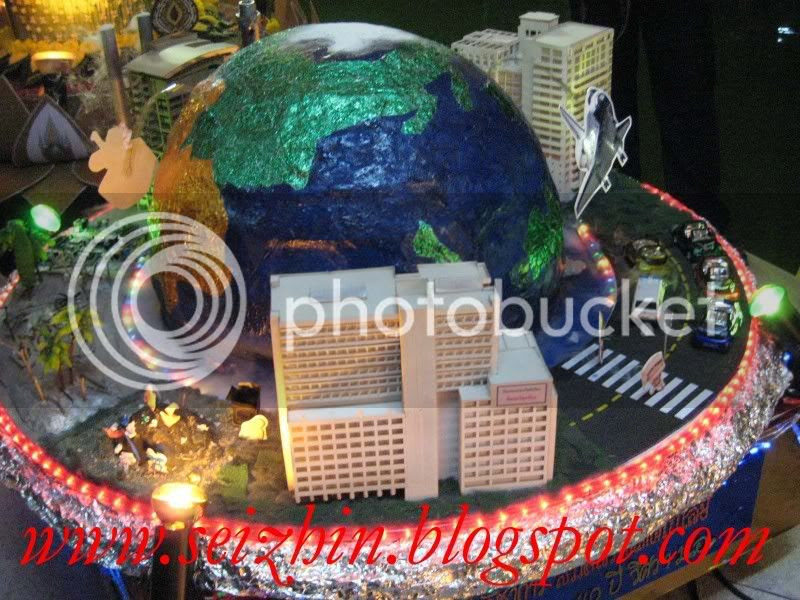 This Krakthong generates an 'icy' smoke, which made it look beautiful. Obviously, it's a creation from the Technology team. 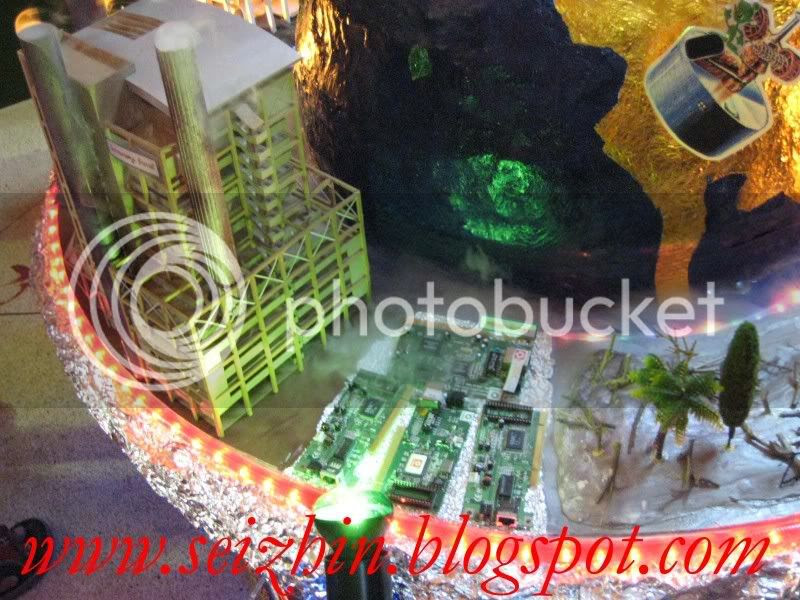 Heck, you can even see the Motherboard there.

In the hall, you can hear a nice tradisional Thai music. I look around the room and spotted these youngsters. 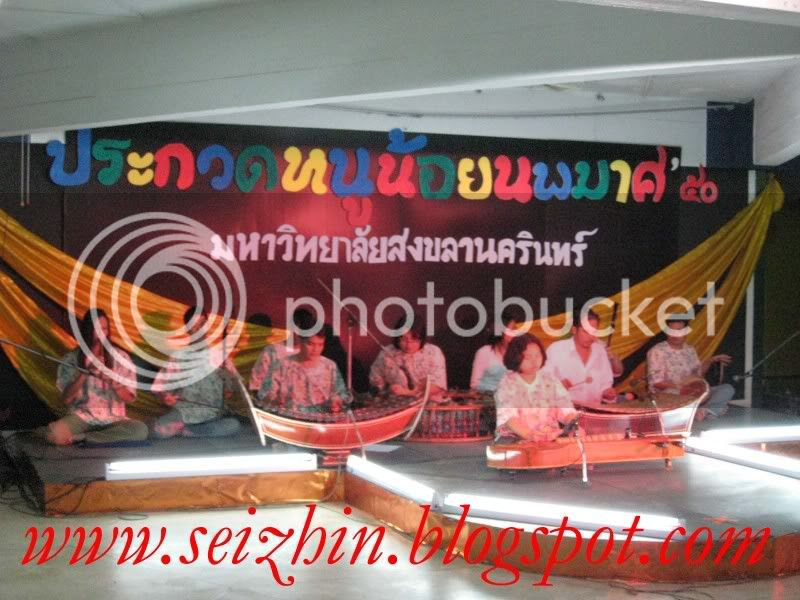 We continued and headed to the other side of the University.

There was quite a lot of interesting things in the display case, and these are some of them. 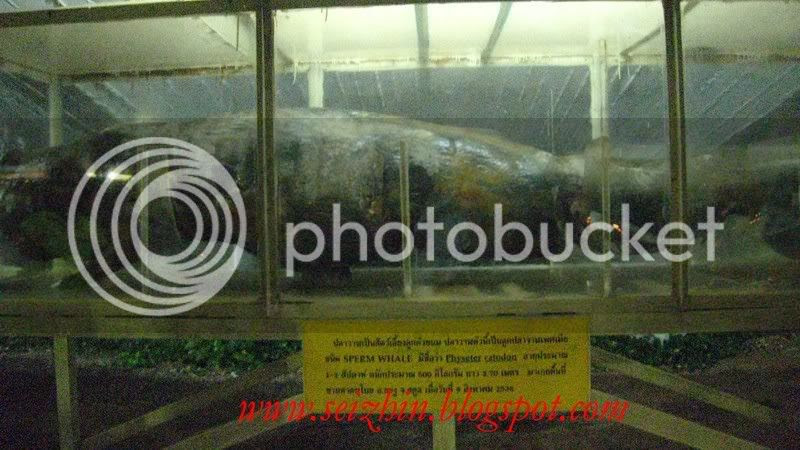 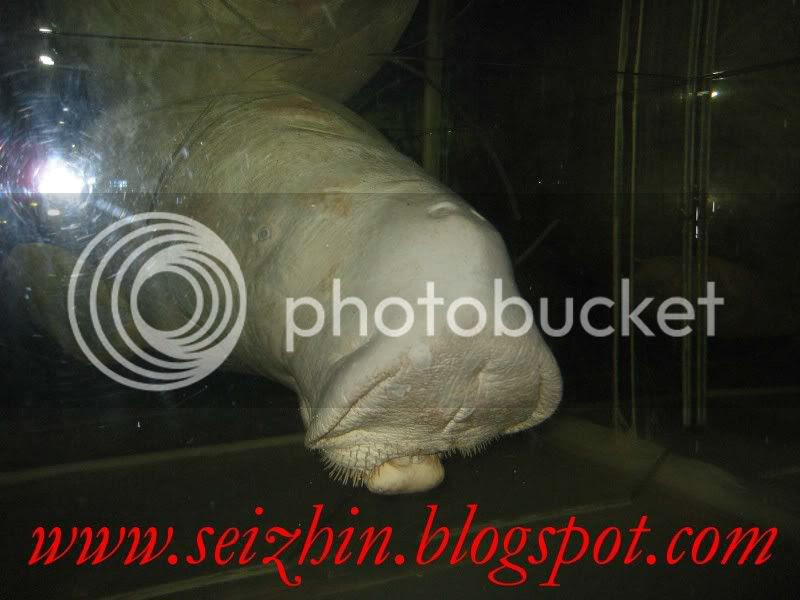 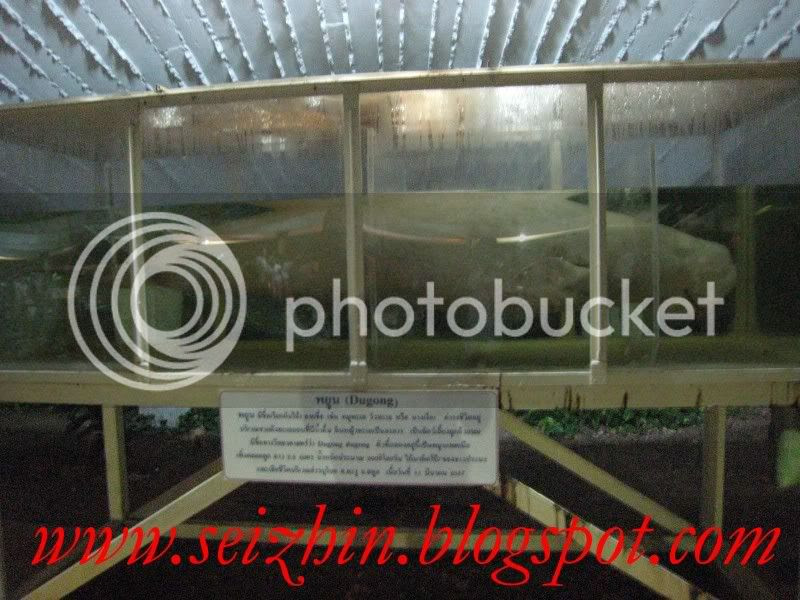 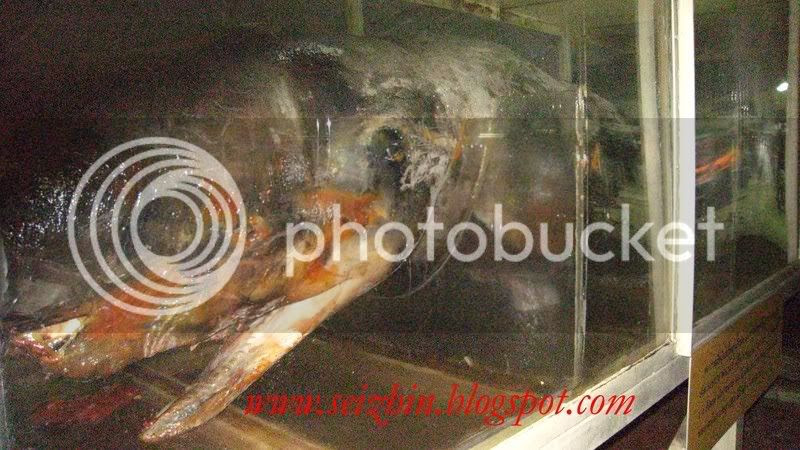 After having enough sight of a dead animals, we continued our journey. 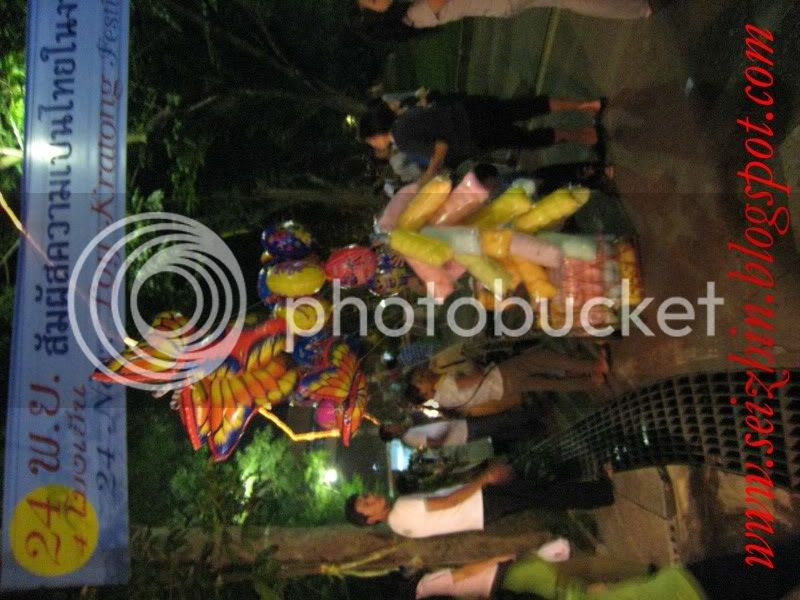 There was quite a number of hawkers in the other side where the Festival is being held.
While we're having our dinner, it seems that another group of University Students were doing their 'acting' project. 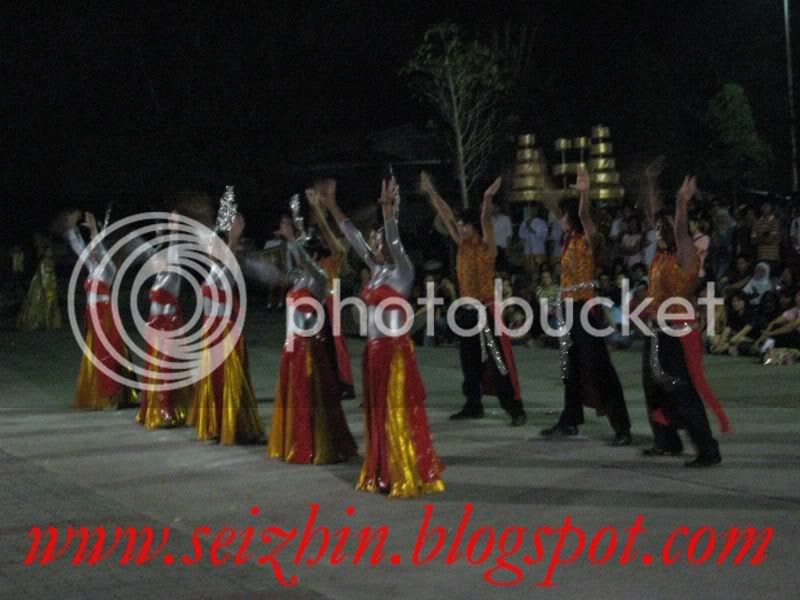 I can say that it was quite interesting, but they surely messed up with their speakers. The sound suddently stopped working and the audiance couldnt hear a thing.

Finally after a while, we decided to go back. 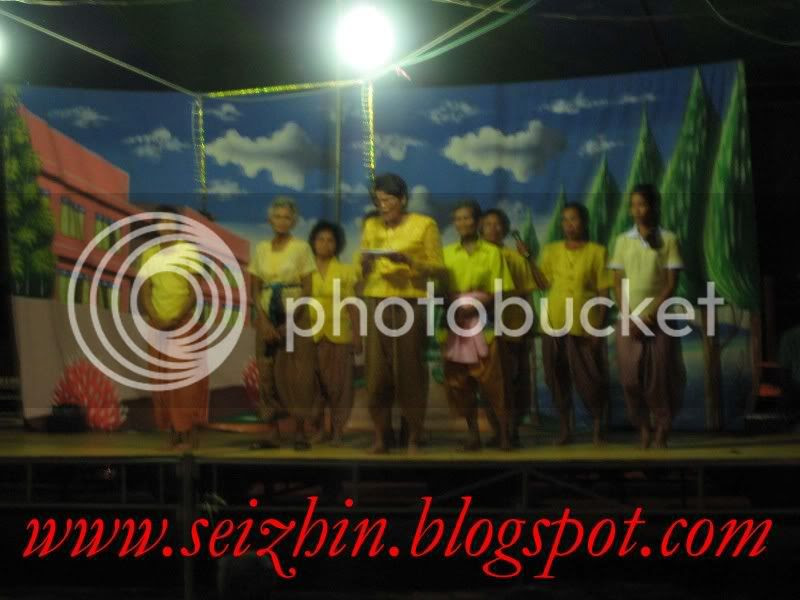 We came across Southern Region's famous traditional play. I guess you can compare it with 'wayang' play, but the actors and singers already reflects the 'tradisionality' in it.


Well I guess that's it.
I heard there were several spot in Had Yai where the Roy Krakthong festival is being held, Prince of Songkhla University (The above) is one of the area, but I suppose there was another area for tourists.