I watched this movie with a few friends last night. It was really an awesome movie, deep in plot and meaning, especially some quotes which left us wondering all night long.. Quote from Proof (2005)

Catherine: [Reading Robert's Notebook] "Let X equal the quantity of all quantities of X. Let X equal the cold. It is cold in December. The months of cold equal November through February. There are four months of cold, and four of heat, leaving four months of indeterminate temperature. In February it snows. In March the Lake is a lake of ice. In September the students come back and the bookstores are full. Let X equal the month of full bookstores. The number of books approaches infinity as the number of months of cold approaches four. I will never be as cold now as I will in the future. The future of cold is infinite. The future of heat is the future of cold. The bookstores are infinite and so are never full except in September...”

I was like "huh?" when she was reading it aloud.
I'd love to see what 'proof' she wrote in the book though, sigh~


The King's ill, and His Highness was admitted to hospital a few days ago. 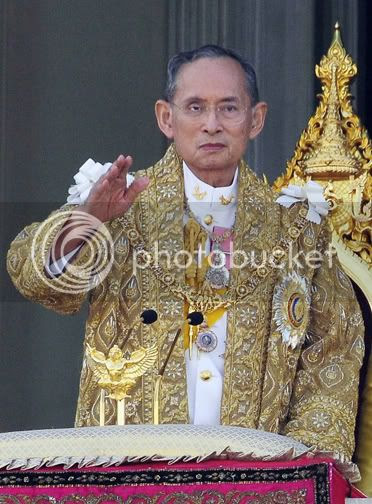 A day after the news was spread, there was numerous of areas for the Thai citizens to express their wishes to His Highness. 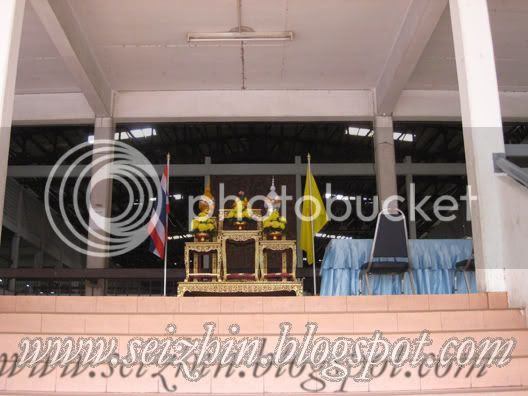 A typical one can be found in where I work. 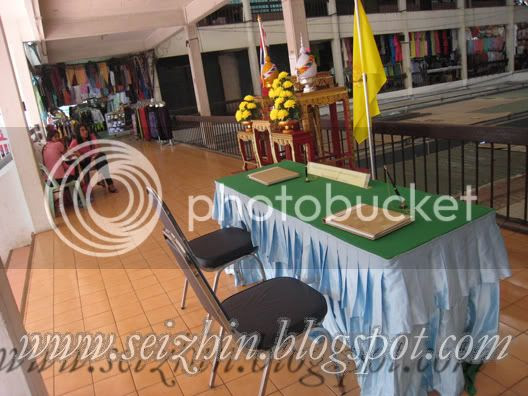 I came first to write in the book but the actual opening time was around 1pm. I wasnt aware of it, and was wondering why the area was so empty.

I wish His Highness for an improved health.