August 30, 2009
There was this cat around the pharmacy I worked in, and one day, someone reported seeing the cat's front legs was being tied by a rubber band.

I thought it was nothing serious, so I put no attention to the event. 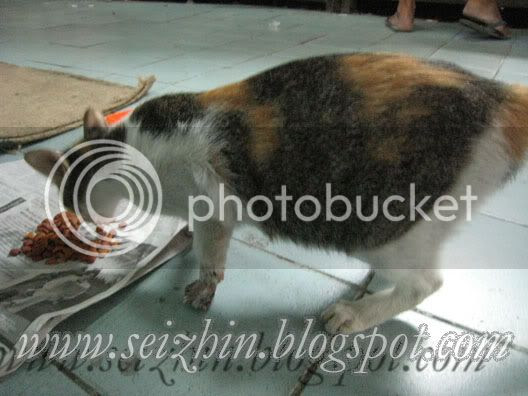 Few days past, further reports indicates that the cat's foot started to rot..
Out of curiosity, investigators were sent. 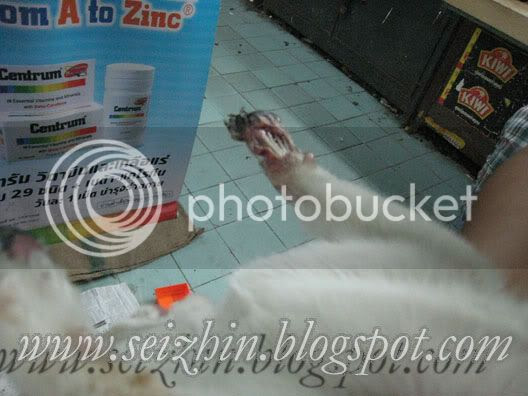 There was no veterinarian with us, so it was up to drug experts to figure out what was wrong. 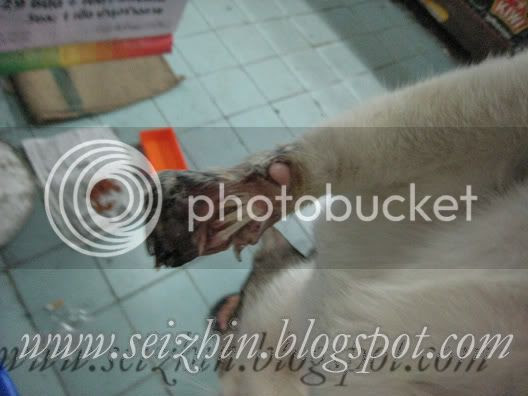 You see, it licked it's wound till the left paw revealed it's bone.
From the looks of it, there's nothing we can do to it other than taking it to the real Veterinarian.

So simply said, we took it to the Animal Hospital opposite my house right after discussing what we should so with it.

Talk about the cost, I was surprised how expensive the cost was though...
Others

Seizhin said…
Someone tied it's front legs with a rubber band for a few days. We untied it late and the foot had rot due to the insufficient blood flow..

It's out of the hospital and is under our care.