The mob had been disbanded after the government's political party was considered 'illegal' by the High Court. Everything in Thailand is back to normal 'for now.' The airport is open once again.
SET sky-rocketed in the morning but it went down from a positive 6% to a 2%. 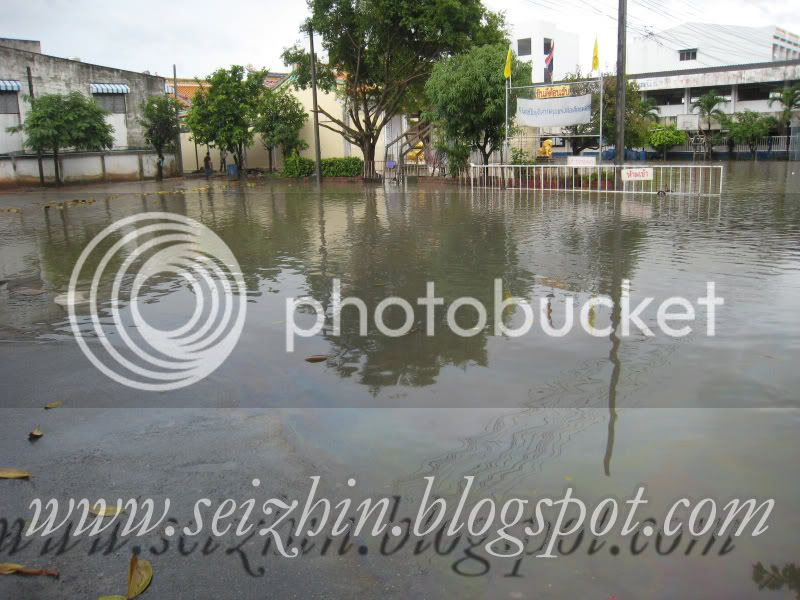 It rained for weeks already in Hat Yai, and last Saturday, I was in need to join a scheduled meeting with my friends.

Just look at the picture, the whole association had become a swimming pool.
Tourism

karen clover said…
wow...at least the flood not really tat serious la...in some area of my place,when it floods, it floods for many days..terrible...luckily i dim stay at the area.
December 7, 2008 at 12:30 PM