August 03, 2013
I keep hearing people telling me that Alucard could easily beat Captain.
But I beg to differ.

Seras won only because the Captain wanted her to.
Captain could evade Seras's attacks easily, and there's no way silver could wound him.

It had to pierce his heart in order to kill him, but Captain could easily harden his skin, either by turning wereform or wolf form. 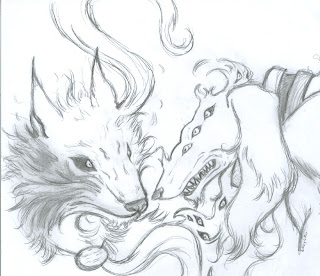 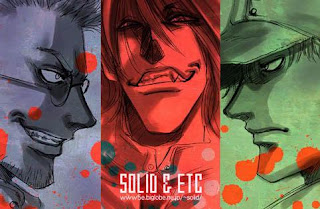 Captain isnt the Major's top-unit for no reason. If it's not because that he wants Seras to kill him, he could easily beat the crap out of Seras.