May 29, 2014
I rad somewhere, the anti government protestors took about 211 days in order to bring Yingluck (Thaksin's puppet government down.)
During the period, very few violence occurred. As the government controlled the media, we recieved news of how violence these protestors are. Oddly, the reality revealed from Facebook and Twitter and other social medias are e opposite. The anti government protest was almost peaceful.
With the recent coup in Thailand, journalist and reporters have been interested in the situation here, and it seems that the peaceful coup did not interest the media as much as the bad news, the violent anti coup protest.
It had been going on for days, anti coup protestors were holding a violent protest, and that interests he public media.
It's odd how violent news recieved more popularity than peaceful news. What in the World is going on ? 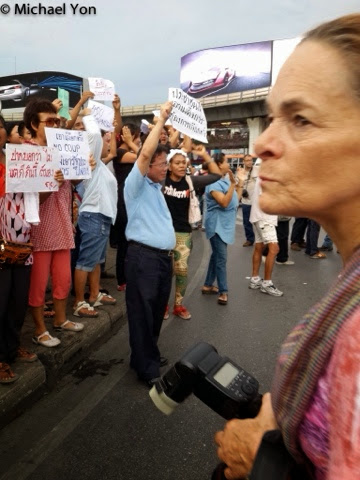